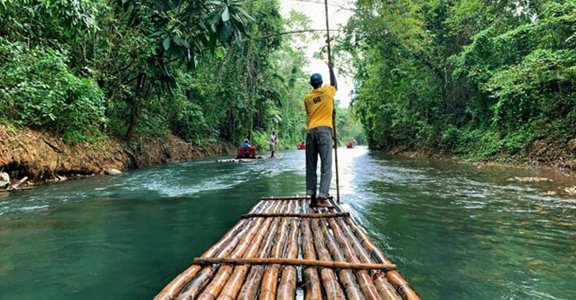 Bamboo Rafting is one of the exciting programs in Thekkady, Periyar tiger reserve. It is a splendid eco-friendly, entertainment program for the nature-lovers who visit Thekkady. Rafting lasts for about three hours and one gets a panoramic view of forest-clad hills reflected on the lake. Animals like elephant, gaur, and sambar are sighted keeping close to the edges of the lake. The team hitchhikes back to the boat landing by about 5 pm. An armed guard and 4 guides will accompany a maximum of 10 tourists. Tea, snacks and packed lunch will be served en route. This package is an excellent program for semi-serious nature lovers to feel the beauty of Nature. 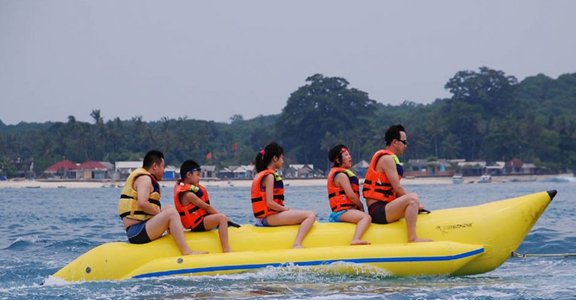 If you are looking for some excitement and pure fun, hop onto a banana boat and you are all set. In this ride, the banana boat which is attached to another boat is pulled inside the water, lashing against waves, and the rider tries to turn it upside down. 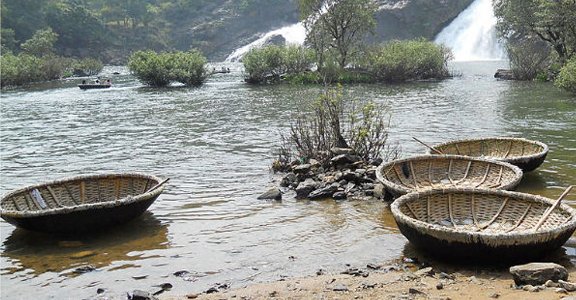 Coracle, also known as Dongi, is a bowl-shaped boat made of reed, saplings and hide. For one of the most thrilling boat rides complete with whirlpools, high currents and crocodiles, go for a fun-filled coracle ride on Tungabhadra river. Riding in a coracle on the Tungabhadra is a thrilling experience.
Timings for Coracle ride in Hampi :
January to March: 06:00 am – 06:00 pm
October to December: 06:00 am – 06:00 pm 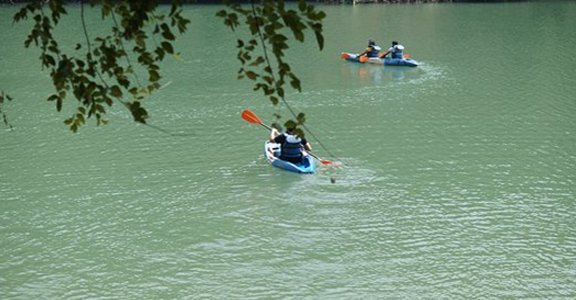 The Dandeli rafting trail stretches for around 12km, making it one of the most exciting and exhilarating stretches of rafting. The rapids in the Dandeli River Rafting can be classified into grade 2 and grade 3 rapids which are ideal for both professionals and inexperienced rafters. While Grade 2 rapids are relatively easy to maneuver with little bumps and easy passages, the grade 3 rapids require expert steering and an eye for detail for passing ways. However, due to the presence of skilled instructors, the activity is safe for amateur as well as experienced rafting professionals. The Dandeli water rafting adventure may sound like its dangerous but is very safe and open for non-swimmers as well. This adrenaline-pumping activity may take around 4 hours to complete.

Kayaking in Dandeli is mostly conducted in Supa Reservoir or River Kali. Dandeli is the only place in south India where one can attempt to learn kayaking to advanced levels. It is one of the main Dandeli activities. Kayaking is an activity with the use of akayak for moving across water. 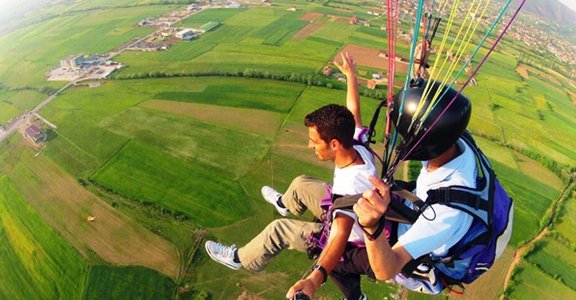 Vagamon is an adventurous destination located at the border of Kottayam & Idukki districts of Kerala State in India. Paragliding is the most important adventure sports in this hill station. The paragliding starting point is near Vagamon meadows in Idduki district. 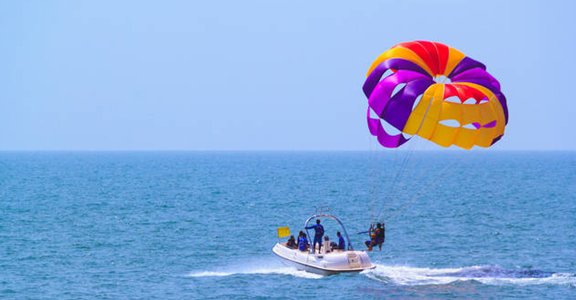 If you want to get a bird’s eye view of the Gokarna coastline and the lofty Western Ghats, then Parasailing at Om Beach is the thing for you. A strong 300 ft rope is attached to a speedboat at one end and to a parachute at the other, into which you’ll be carefully and securely harnessed. Once the speedboat takes off from the beach, you’ll be suspended in the air through the colorful parachute, with the wind gushing in your ears and the vistas below delighting your eyes.

The season for parasailing is usually between October and April when the skies are clear and the winds blow at the just-right speed, though you can parasail at any time of the year except during monsoons (July to September). 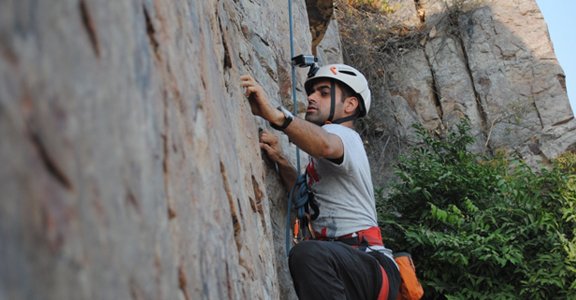 Rock Climbing in Badami. Badami is a famous adventure destination in the state of Karnataka, owing to the presence of red sand stone cliffs that surround the Agastya Tirtha water reservoir. These sandstone cliffs have horizontal cracks, which make Badami a favored destination of rock climbers. 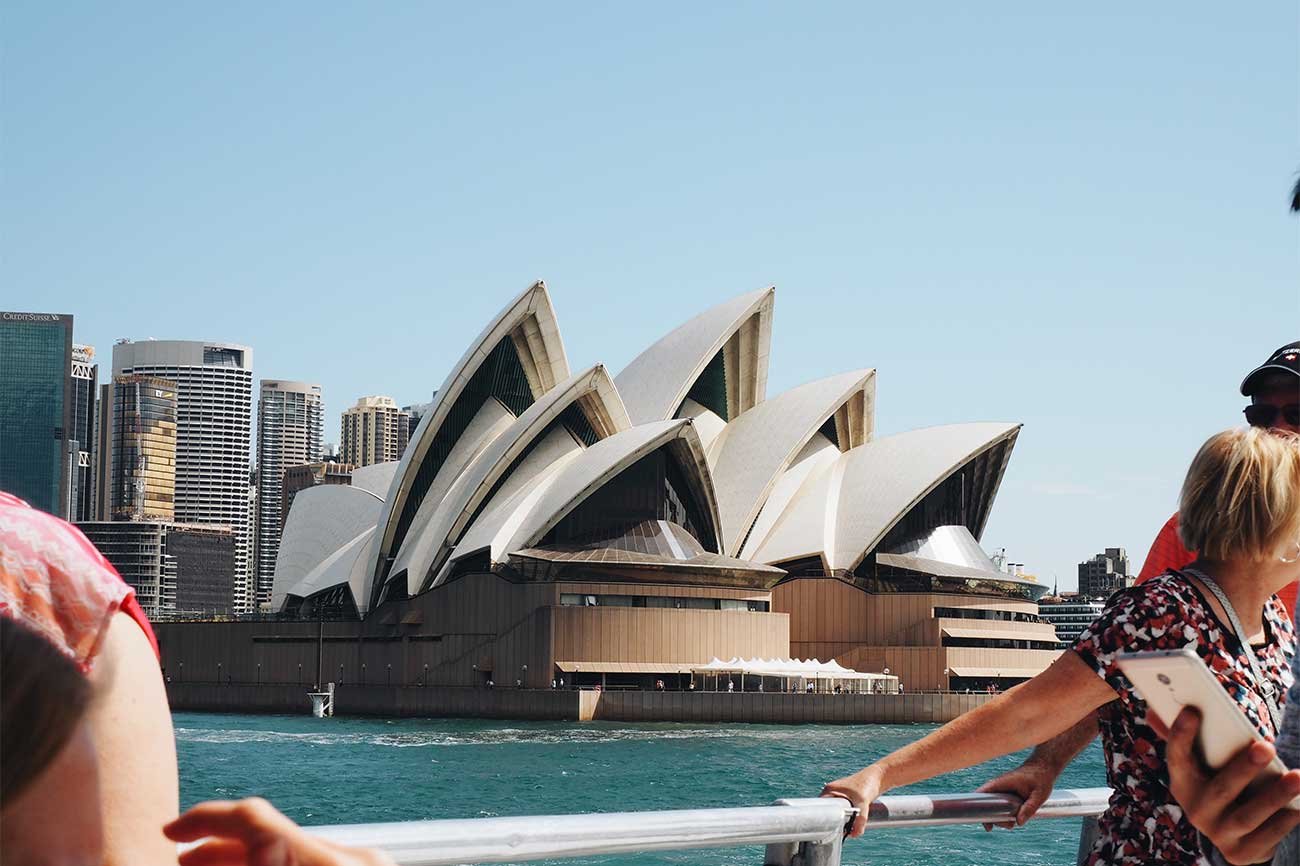 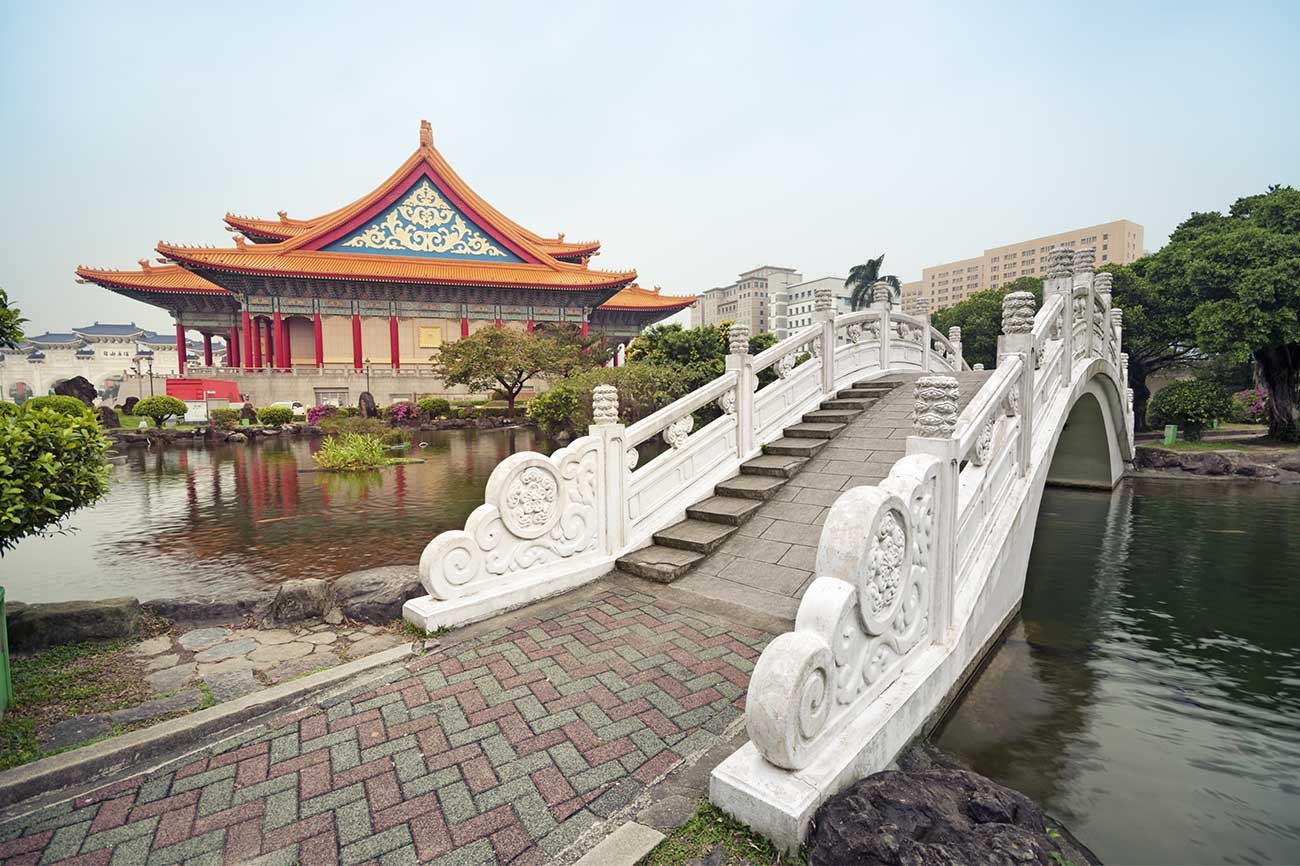 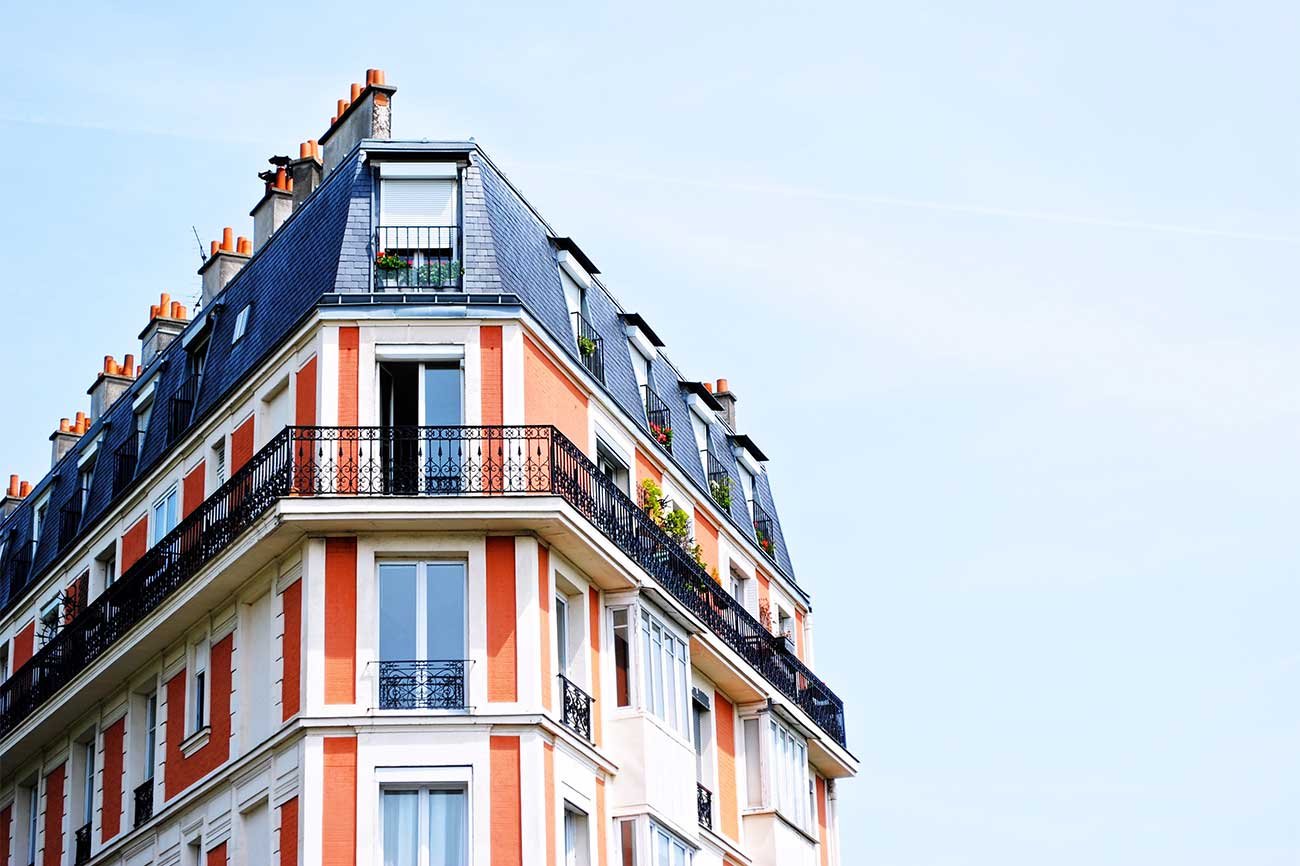 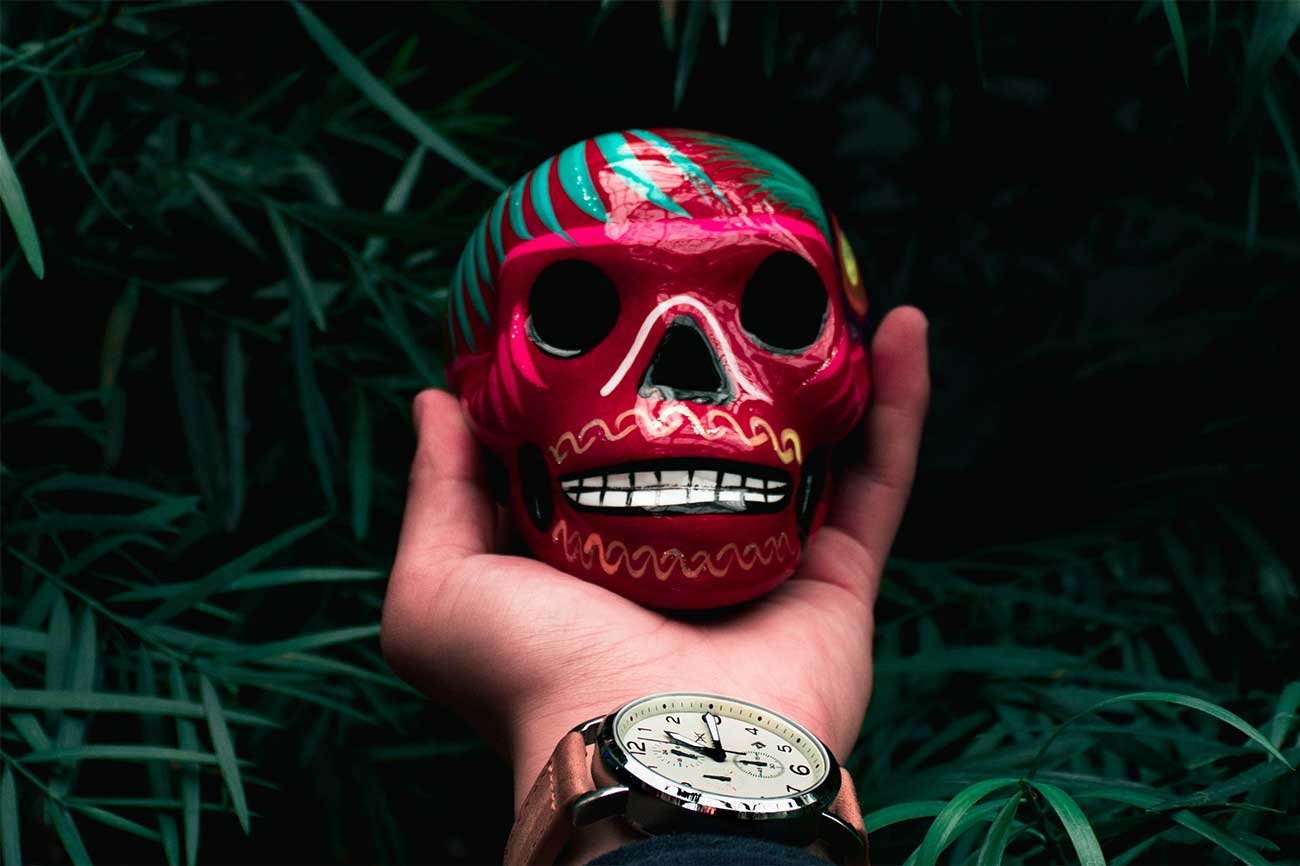 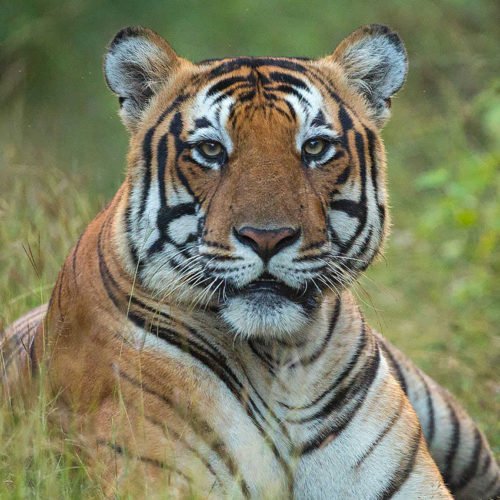 9.7 Superb
The package is meant for the travelers who want to get drenched in nature's bounty and explore the wilderness. Also, witness the glory of Bangalore & Mysore.
6 Night 7 Days
Karnataka 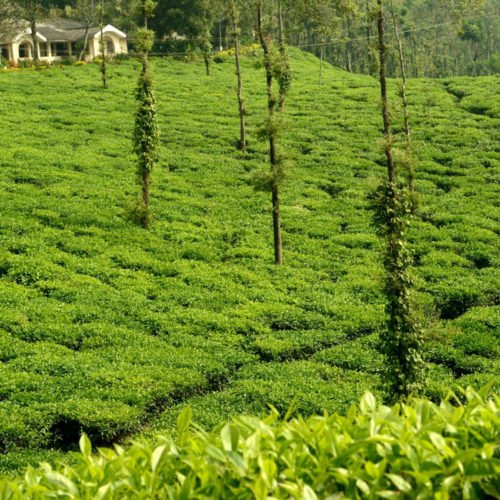 9.7 Superb
Make your holiday a memorable one with our 5N 6D package. Fall in love with the beauty of nature. This tour is specially meant for nature lovers & wildlife enthusiasts.
5 Nights 6 Days
Karnataka 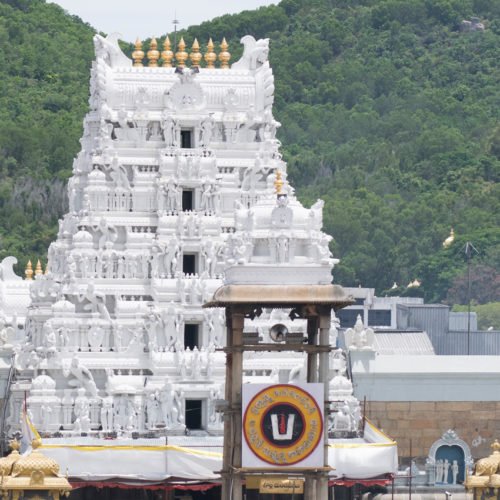